Sylva loses its corner on the college bar market

Despite rumors to the contrary, Sylva’s bars are not abandoning the town for the student-laden pastures of Cullowhee.

Area residents have heard whispers that the Bone Shack and O’Malley’s Pub and Grill — two bars that count college students among their base of patrons — will close their doors in Sylva and move their operations to Cullowhee.

Thanks to the passage of countywide alcohol sales, restaurants wanting to serve beer are no longer confined to the town limits. Some people believed Sylva-based businesses would pack up their goods and services and find a new resting place in Cullowhee, home to Western Carolina University and its 7,300-student population on campus.

However, the owner of O’Malley’s Pub and Grill said she is happy with its longtime location on Asheville Highway and will stay put.

“We have a good customer base there,” said Lynn Stanberry, owner of O’Malley’s.

As for the Bone Shack, the owner is indeed planning to open a new venue in Cullowhee but won’t pull out of Sylva. He’ll keep a restaurant presence in town as well as his new spot near WCU, although he has changed the name and menu to cater to a family audience at his Sylva location.

“We are doing very good as a restaurant,” said Bone Shack owner Bill Picon. “You don’t close something you make money in.”

For decades, Sylva has been the de facto college town for WCU. While Sylva isn’t exactly on the doorstep of campus — students face a five-mile trek to Sylva and back to partake in a night at the bar — it’s the closest WCU gets to a nightlife scene for students. Take it or leave it.

Sylva restaurants may now have to work harder to attract students now that alcohol is more readily available.

“In some cases, competition can be good for everyone,” Jackson County Planner Gerald Green said. “It is both a challenge and opportunity for Sylva.”

Restaurants may have to give more thought to their strategy, Green said. They can no longer fall back on the default thinking of “Well, if we can’t we do anything else, let’s sell alcohol to students,” Green said.

But, it is far from a death knell for Sylva, which remains the commercial hub of Jackson County, Green said.

“I don’t believe it will hurt Sylva,” agreed Mayor Maurice Moody. “Positive growth in the county or the city limits helps.”

Students may still visit local clothing stores, the music store or outdoor outfitters in Sylva, Moody said, adding that the student population alone does not support the town’s economy.

Although students do frequent O’Malley’s — where WCU memorabilia adorns the walls — they are by no means the pubs sole source of revenue either.

“We love the college and everything, but as far as us completely catering to one specific area in Cullowhee for just the college, that is just not O’Malley’s,” Stanberry said. “We have locals and people that are tourists that shop in Sylva.”

O’Malley’s also owns its own building, another reason not to move.

And, although the Bone Shack college bar is moving, it isn’t leaving a hole — another restaurant is emerging in its wake. Picon, a proponent of countywide alcohol sales, wants to open a night spot, entertainment venue and bar in Cullowhee that caters to students. But also wanted to continue to own a successful restaurant in Sylva.

So, Picon is doing both. The former Bone Shack on West Main Street in Sylva is now Rae’s City Grill. The menu has changed to include a hot food bar and salad bar; it has also a kids’ game room now. Picon’s sister manages the restaurant, which still offers a full bar, by the way.

And, by the end of the year, Picon plans to open a separate, as-yet-unnamed business in Cullowhee. He envisions something like the Orange Peel, one of Asheville’s signature band venues with a large open floor plan.

Picon is currently considering three locations in Cullowhee and hopes to secure one within walking distance from WCU. That way, students could drink and walk, not drink and drive. If he cannot get something close enough, Picon said the Bone Shack, or whatever the establishment is eventually named, will offer some sort of transportation service.

Although Picon thinks alcohol is a positive thing for Cullowhee, Sylva could lose some of its student customers as a result, he said.

The only business that has affected Sylva so far is the CVS Pharmacy. The store, which currently sits outside town limits on N.C. 107, wanted to be annexed into Sylva’s town limits so it could sell alcohol. That would have meant property tax revenue for the town. But once the countywide alcohol vote took place, CVS withdrew its request for annexation. 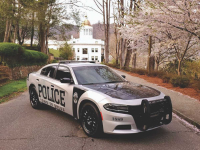 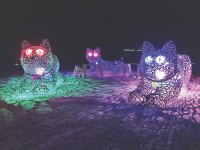 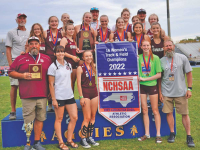