A History of the Food Pyramid 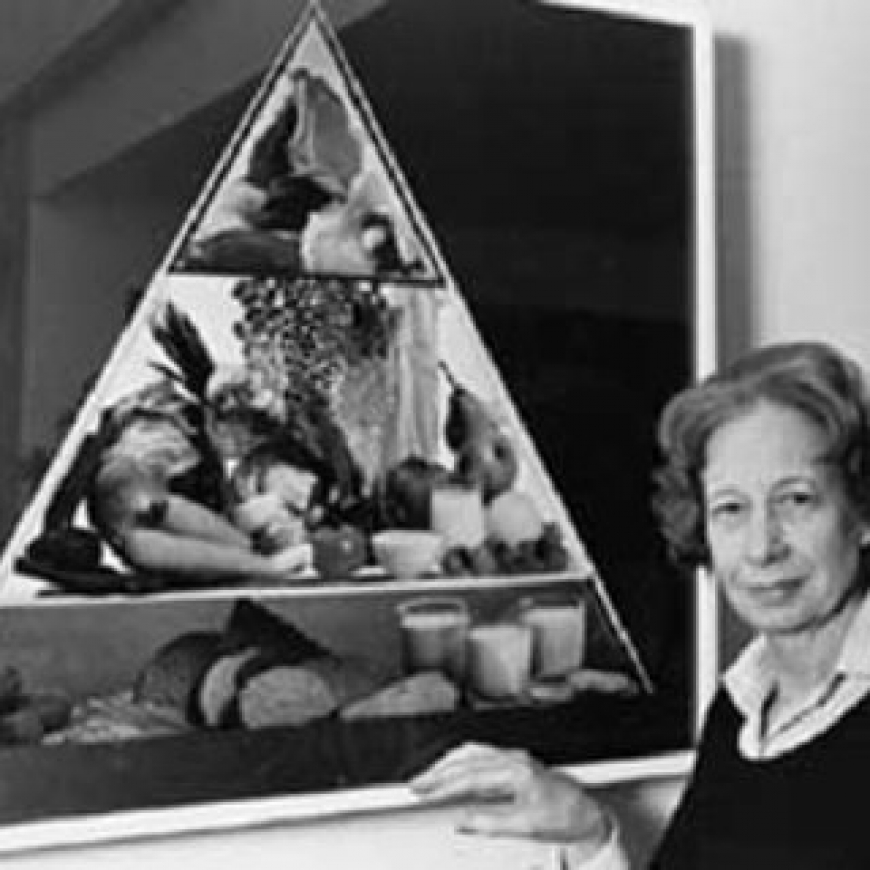 Have you ever felt confused when looking at any of the several iterations of the food pyramid? You’re not alone. The servings seem at once mixed up, and more than most people eat in one day. I am a big bread person. I love making homemade bread, it’s one of my favorite foods. But even for me, the 6-11 servings of bread recommended per day in the 1992 version of the food pyramid seem like a bad idea.

Our confusion is well founded. The food pyramid was not built with best nutritional practices in mind. It’s history has more to do with food prices, economics and big business interests. While nutrition is an incredibly personalized routine that depends greatly on culture and geography, it turns out the food pyramid, for much of its history, was not even a good general guide to follow.

Nutrition science has come a long way in the past few decades. Just refer to the boiled egg and white wine diet. If you haven’t heard of it, please check it out. First published by Helen Gurley Brown in her 1962 book “Sex and the Single Girl,” the diet involves three boiled eggs, an entire bottle of white wine and one steak per day for three days.

The food pyramid was born out of hardship. During both World Wars, countries all over the world had to ration food. To help citizens cope with this situation, the United States Department of Agriculture released the “Basic 7” food guide in 1943 with the phrase “U.S. needs us strong, eat the basic 7 every day.” The groupings make little sense, with raw cabbage somehow ending up in the “oranges, tomatoes and grapefruits” section instead of the “green and yellow vegetables” section.

But the idea caught on, and several countries used the campaign. Fast forward to Sweden in the 1970’s - the country’s economy had soared, like many in the 30 years following World War II. However, during the 70’s Sweden was dealing with inflation and rising food costs. (It was during this decade that Sweden undertook extensive social reforms, including nationalized healthcare, allowances for childcare and free abortions). The government tasked the National Board of Health and Welfare with developing a way to help the situation. The national board split foods into two groups, basic and supplementary, pulling from the “Basic 7” organization, but this version made supplementary foods seem like ones people could go without.

For one Anna Britt Agnsater this wasn’t good enough. Anna worked for the Swedish grocery Cooperative and she thought a better design would be one that helped people visualize necessity, as well as portions. Her pyramid was divided into three levels. The bottom, widest level contained bread and other grains, legumes, potatoes and milk. The middle level had vegetables, fruits and juices. The smallest level at the top consisted of meat, fish and dairy. 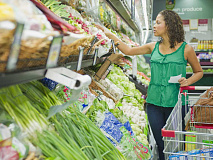 Q: What are some snack ideas for things I could eat that are low in carbohydrates and… 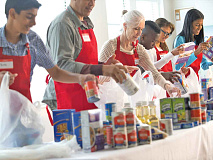 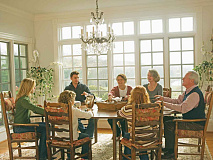 Sponsored: Meals for guests who have diabetes

Q: I am having a friend over for dinner who has diabetes and was planning on serving a… 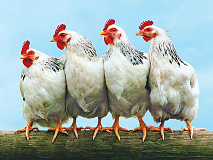 The next step in food pyramid history comes in 1992 when the USDA rolled out its version of Anna’s design. This version looks very different from Anna’s version. The serving suggestions, 6-11 for bread, grains and cereals, are incredibly high. Meat and dairy each have their own section, insinuating both are essential parts of a person’s diet, when in fact we know many cultures throughout history that have thrived without consuming dairy products.

The reason for the structure of the 1992 pyramid is simple - it was bought. Luise Light was one of the nutritionists who worked on creating the food pyramid for the USDA. According to Light, the version nutritionists came up with looked a lot different than the one that ended up being published. Light says that the Office of the Secretary of Agriculture altered wording to emphasize processed food over fresh and whole foods, and downplay lean meats and low-fat dairy choices. The office also changed the nutritionist’s recommended servings of whole-grain breads and cereals from 3-4,  to the incredible 6-11. It changed the recommended servings of fruits and vegetables from 5-9, to 2-3.

In 1994 when the pyramid was being revised there was pressure from nutritionists to include the message “eat less salt and sugar.” But after pushback from sugar and sweets companies the message ultimately released said “eat less salt, and moderate sugar intake.”

It’s easy to understand why these changes could have been harmful for people’s health when business interests of the food industry were taken as good nutrition science. Not only did most families use the recommendations to inform their nutritional choices, schools used the system to inform how they sustained students in their formative years, charities and shelters used the system to inform how they helped the less fortunate survive.

In 2019, United Nations agencies released a report that determined that more than 820 million people around the world are hungry. The same report found that about 830 million people around the world are obese. The report notes that in large part, it is developing countries that have the fastest growing rates of obesity. The U.N. attributes this to the low cost and accessibility of highly processed foods introduced in developing countries.

In 2005 the USDA released the new “MyPyramid” design, which split food groups into vertical sections within the pyramid. This version has a stick figure climbing the side of the pyramid to emphasize the necessity of exercise - an important step forward - but changing the design of the pyramid took away the easy visualization of portions.

In 2011 the USDA released “MyPlate” to show more simply what a person should be eating in one meal. In this visual representation, a plate is split into four roughly equal parts - fruits, grains, vegetables and protein, with a side of dairy beside the plate.

Over the decades, since the nutrition guides were first introduced for the purpose of helping families struggling with food prices and ration allotments, nutrition science has come a long way. Many of us have watched as different food groups have gone from being worshiped to demonized and back again. Fat, salt, protein, carbs and many others have come into and out of focus as quickly as fad diets.  But in our globalized world, with the opportunity to study and learn from cultures around the world, a consensus is developing.

Whole foods are better for us than processed foods. Whole grains are better for us than refined white flours. Meat and dairy should supplement an abundance of fruits and vegetables. Diets from places like Japan and the mediterranean have been held up as good examples of how people should eat. Both these diets are heavy in fresh fruits, vegetables and whole grains, supplemented with fish and some meat.

To align with this new science some entities have recreated Anna Britt Agnsater’s original food pyramid design to demonstrate what people should aim for in a healthy diet. This example from Simon Hill, host of this week’s podcast recommendation “The Plant Proof Podcast,” helps to demonstrate the importance of a variety of whole foods, relying heavily on fruits and vegetables. Omnivores can think of the pyramid in terms of meat residing in the legumes portion of the pyramid and dairy products in the top, supplemental portion.

Regardless of our dietary choices, the value of sharing good food and drink with the people we love is immeasurable. Whatever food choices we make in those moments, they are often the very ones keeping us happy and healthy.