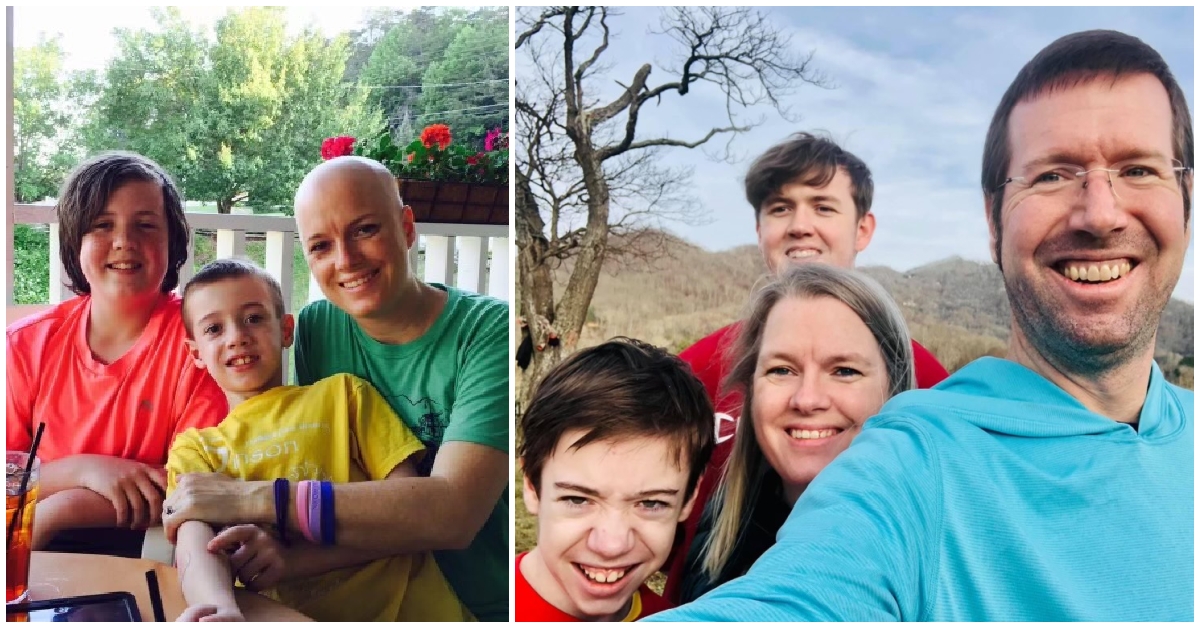 Rumble team member Susanna Shetley originally published this interview with Jennifer Smith in 2016 while she was undergoing breast cancer treatment. It's message continues to be powerful and informational for all individuals. Jennifer has been in remission for five years.

For readers who don’t fully understand the different types of breast cancer, tell us about Invasive Ductal Carcinoma (IDC).

Invasive Ductal Carcinoma (IDC) is sometimes called infiltrating ductal carcinoma.  IDC is the most common type of breast cancer – about 80% of all breast cancers are IDC.  IDC means that the cancer has invaded or spread to the surrounding breast tissue.  In my case, the part of the tumor that was IDC was 0.8 centimeters.   Also, Ductal Carcinoma in citu (DCIS), which is a non invasive cancer where abnormal cells have been found in the lining of the milk duct, was originally found during the biopsy, but IDC was found when I had the lumpectomy.

Did you go through genetic testing? If so, when and what were the results?

Yes, I had genetic testing done on 11/18/2009 with a negative result.  Unbeknownst to me, testing had advanced which led to the recommendation of being tested again (3/23/2016) which resulted in a positive result.  I tested positive for the BRCA+1 gene, which means I am at a much higher risk of developing breast cancer (between 40% and 85% more likely than the average woman – about 3 to 7 times greater than that of a woman who does not have the mutation).  My lifetime risk of developing ovarian cancer is significantly elevated as well – 16% to 44%, versus just under 2% for the general population.  There is a 50% chance I could pass the specific mutation to my children.  Also, women with breast cancer (that’s me) have a significantly greater risk of developing a new, second breast cancer, as well as ovarian cancer.

What feelings went through your body and mind when you received the diagnosis?

I found my lump on a self-exam but chalked it up to being hormonal, or at most, to being a possible cyst.  I had a mammogram scheduled for February, 2016 so I waited until the mammogram, feeling confident that it would either not show or be a cyst.  In my mind, I had placed confidence in testing negative in 2009 for the gene, had mammograms since 2009 which were all clear.  Even with a very strong family history, mother (breast), grandmother (both breast and ovarian), aunt (both breast and colon), first cousin once removed (breast),  I didn’t think I would be diagnosed with breast cancer.  Also, my second cousin had tested positive for the BRCA +1 gene.  She had testing done in 2008 and preventive surgery in 2013.

What would be your advice for other women who have breast cancer in their family?

For other women who have breast cancer, how would you encourage them to keep their heads up and fight?

I would encourage other women to say yes to help, to reach out to other women who have been diagnosed, to ask as many questions as you have, to be kind to yourself and know that this diagnosis is only a season.  You are not your diagnosis!

What has been the hardest part(s) of experiencing breast cancer?

Understanding that I couldn’t do all that I use to be able to do. The body needs a certain amount of   rest after procedures and chemotherapy.  The extreme range of emotions that occur, often times out of nowhere. I was diagnosed after just starting a new job. I had left a job of eight years in October and had started a new job in December.  I was diagnosed the following February.  I wasn’t eligible for FMLA or short-term disability, also I hadn’t occurred much paid time off.  My job has been a 100% supportive, and I couldn’t be more appreciative. It’s easy for me to be hard on myself, but I felt like I was letting my coworkers down by not being there a lot of the time and letting my family down because I am not bringing in much income.

What books, resources, websites, etc. would you suggest for other women who are at risk for breast cancer or who currently have a diagnosis?

Books:  Cancer Mom by Susan Parris and From Wimp to Warrior Cancer’s Blessing by Brenda Angel

Websites:  Be careful when surfing the internet, someone once told me that’s where the dark places can be found.  I found the literature provided by the HOPE Women’s Caner Center (where I receive my cancer treatments) to be most helpful, as well as the literature from the American Cancer Society.

Also, find places of serenity. Places that give you peace and comfort. A place to relax, think, mediate, pray. Here’s one of mine.

Do you have any final words of guidance and encouragement for either women battling cancer or the family members of these women?

A few of my favorite quotes for women or men battling cancer are:

“You gain strength, courage, and confidence by every experience in which you really stop to look fear in the face.  You must do the thing which you think you cannot do.” – Eleanor Roosevelt

And for the family members of these individuals, remember to be patient and be kind.

Jennifer Smith is a mom, wife, friend, and believer who loves to spend time with her family, enjoys going to the lake, and helping others.She met her husband, Jason, when she was a sophomore in high school.Her proudest achievement is being a mom to both Jacob and Jonah. Also, a dog mom to their beagle JJ.

The Power Of Pause

Composting: A Recipe for Success

Reconnecting on the Road