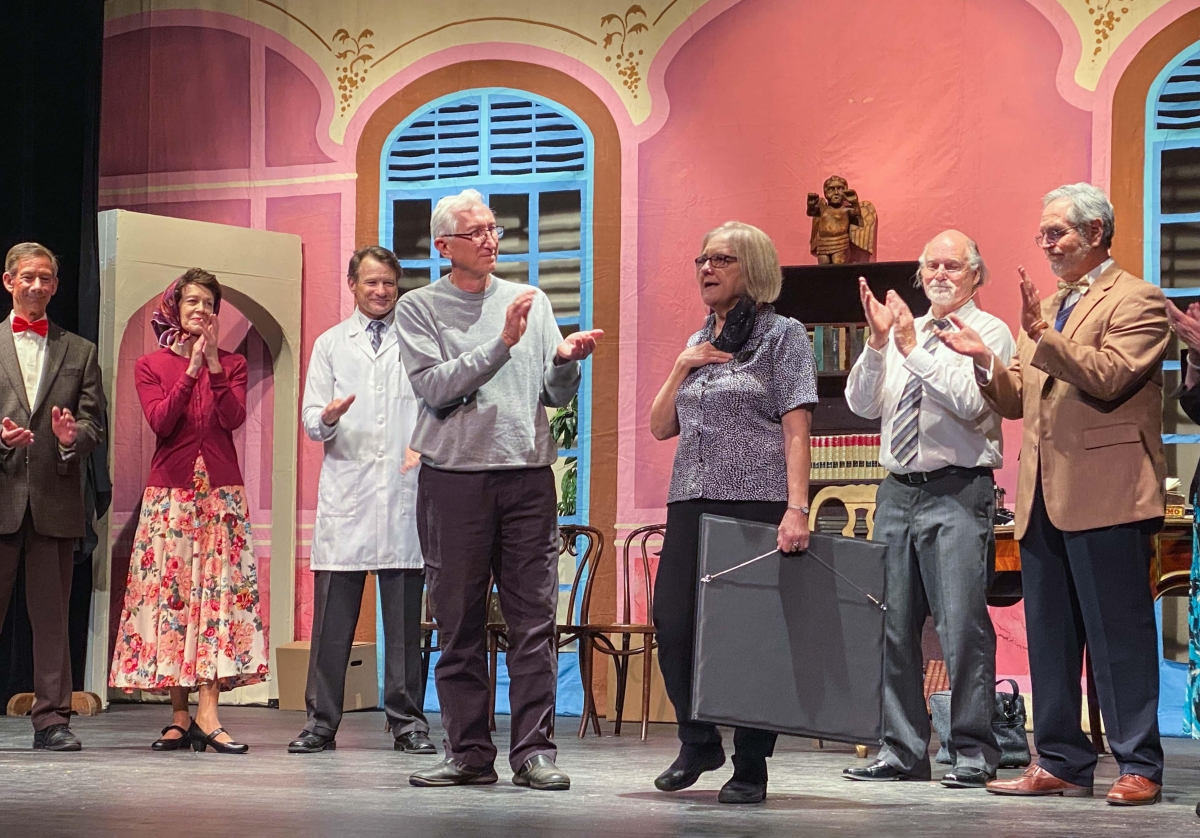 Following the curtain call for the opening night performance of HART’s current production of “Harvey,” the show’s director, Wanda Taylor got a major surprise.

HART’s Executive Director, Steve Lloyd, stepped out on stage to announce that Taylor was being awarded the theater’s highest honor, the Career Achievement Award.  The recognition celebrates not a single work but decades of services to the Waynesville theater company.

Taylor became involved with HART in the 1980’s and performed as one of the theater’s most popular actresses in: Night of Jan. 16,  The Nerd, Witness for the Prosecution, Blithe Spirit, Deathtrap, Streetcar Named Desire, The Glass Menagerie, Lion in Winter, Shirley Valentine, A Password to Murder, The Grapes of Wrath and Love Letters.

In the mid-1990s Taylor began directing and over the past 25 directed: Brighton Beach Memoirs, Biloxi Blues, Broadway Bound, The Member of the Wedding, Cat on a Hot Tin Roof, Talley’s Folly, The Little Foxes, Plaza Suite, Twelve Angry Men, Welcome to Mitford, Lost in Yonkers, Ah! Wilderness, To Kill a Mockingbird,  The Nerd, and Harvey.

Over the past 20 years HART has only recognized eight other individuals with this honor. Past winners are: Reta Scribner, Lloyd Kay, Allison Stinson, John Winfield, Suzanne Tinsley, Barbara Bates Smith, Tom Dewees and Bob Baldridge.