By Daley Hooten • Rumble Contributor | Adele is one of those artists that no one hates. I’ve never once heard someone ask to switch stations when she plays on the radio, nor have I ever had someone complain about her. Now this is either because people around me know I like her and don’t want to face my wrath — or because she is actually one of the most tremendous artists of our time (I think it's the latter).

In my room I have a shelf that holds my cassette tapes, movie tickets, and cd’s. Now if I’m getting this right, I received a cd of Adele’s album, 25, as either a birthday gift or a christmas present when I was 11. I chuckle now thinking about me as a 5th grader, listening to her album religiously having no clue of the weight of her lyrics. But that’s also something I’ve enjoyed about my experience with her music — as I get older, I can understand and sympathize with her songs, grasping the deeper meanings and concepts that are wrapped in her beautiful piano melodies and amazing voice.

A week before Thanksgiving, Adele released her newest album 30. As she says in an iconic instagram live, the album’s about “divorce babe, divorce.” It’s a lot different from her previous albums. Of course a lot of Adele’s songs are about heartbreak, but this album seems to be her most personal album yet. In the third track “My Little Love” she sings about having to deal with not only her inner turmoil from divorce, but having to explain it to her son. In the song she incorporates voice memos of a conversation with her son, where she at one point says, “I’m feeling as trapped, like hmm…”

Her son responds, “What?”

She takes a breath, “I feel a bit confused.” 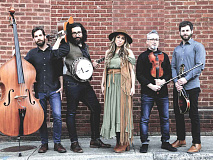 The word “Jewish” can be used to describe both an ethnicity and a religious faith; some…

Adele is bearing her entire heart in this song, and I felt invasive just listening to it. It’s such a vulnerable moment for her. The voice memos capture a soul bearing conversation. Adele lays out all of her feelings for us, at one point shedding tears when describing her loneliness. Not to mention her crushing chorus where she sings “I’m holding on (barely)/ Mama's got a lot to learn (it’s heavy).” “My Little Love” is just one example of how 30 becomes a much more personal album than the rest, but despite all of the turbulence Adele was feeling, she was still able to capture those emotions and turn them into brilliant songs.

Not only is this album more personal than her previous albums, but the music itself differs as well. One thing I noticed when listening to 30 for the first time was the increased presence of jazz and soul in her songs. In “Cry Your Heart Out” her use of a bouncy piano melody and incorporation of a harmonious chorus and organ shows her expansion into soul territory. In “All Night Parking (With Erroll Garner) Interlude” Adele’s lyrics accompany a piano backing by the late Erroll Garner. In previous albums, Adele has touched the surface of the jazz and soul genre but in 30, she goes all out in exploring new styles of music.

Adele has obviously gone through a lot of changes in the past couple of years, why should she be forced to stay in her same category of music when she isn’t the same person as her 25 year old self? I admire her for taking a new step in her music career and changing up her style, giving us new and different music to digest. The vulnerability and variation of style in this album show me that Adele made 30 for herself. She wasn’t influenced by others opinions and created a wonderful collection of songs that represent who she is and what she is flourishing into. 30 is a great example of taking a bold leap and embracing the changes you face when getting older — realizing it’s ok not to be the same person you once were.

(Daley Hooten is a high school student, writer and music aficionado living in Asheville, North Carolina. This email address is being protected from spambots. You need JavaScript enabled to view it..)

Dating an adult on the spectrum

Tips to Prepare for Thanksgiving