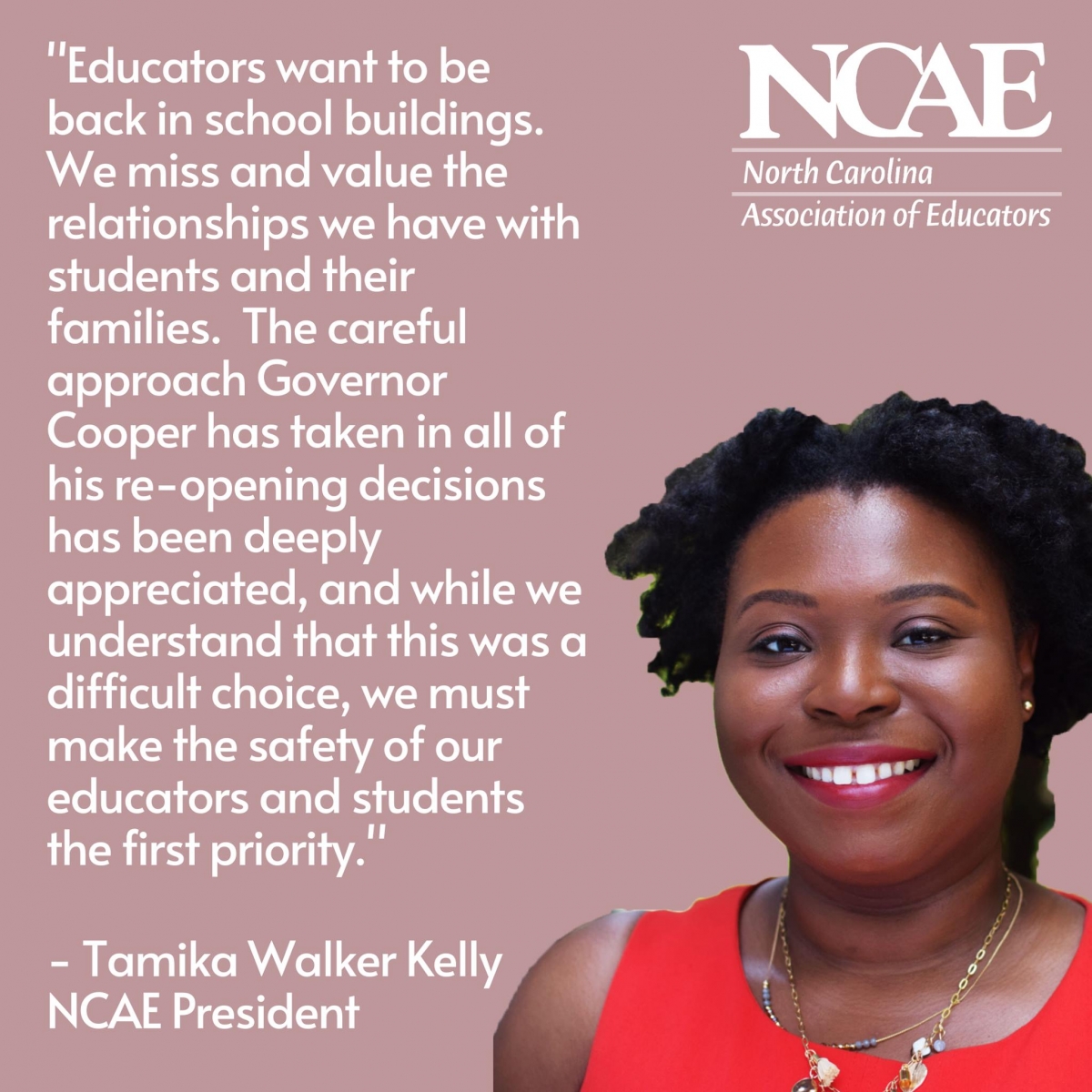 By Tamika Walker Kelly | Since the beginning of this school year and through the final four months of state budget negotiations, we at the North Carolina Association of Educators advocated for meaningful salary increases, increased classroom funding and a fulfillment of the Leandro mandate. But above all, we fought for recognition of what’s happening in our public schools across the state.

Teachers and support staff are exhausted, overworked, and their frustration has reached a boiling point. We fear the budget is too little, too late for too many.It’s been more than 10 years since education funding was slashed during the Great Recession, and it’s never recovered. It’s been three years since the last pay raise for educators. And it’s been almost two years since public education was fundamentally altered by the COVID-19 pandemic.Underfunding alone was already taking a toll on our public schools. We’ve been losing good teachers and staff for more than a decade, but when you add in the stress and safety concerns of the pandemic without any corresponding appreciation from state lawmakers, the educator exodus took flight.Now that we are in the middle of a pandemic and a staff vacancy crisis, educators have every reason to be disappointed in the new state budget. The N.C. General Assembly had the funds available to give bigger raises and show appreciation to the educators that are working harder and longer hours than ever before. However, state lawmakers chose to do the bare minimum.We could have fully funded our constitutional mandate to provide a high-quality public education for every child. Instead, lawmakers chose more than $2 billion in new tax cuts over our children’s education.There were some victories, including an increased minimum wage for support staff and a hold harmless clause that will protect local school budgets in this turbulent period. But considering what was possible, the bare minimum is not enough.And while we may be disappointed in the outcome, we must continue our mission as educators — to provide every child, regardless of their race, background, or zip code, a high-quality public education and a chance to pursue their dreams. Yet some politicians in this state remain committed to stymieing public education at every turn. Their obstruction only fuels educators’ growing frustration.The pot finally boiled over in Wake County a month ago when bus drivers bravely took a stand for higher pay and more respect. Two weeks later, bus drivers in Cumberland County joined the fight, along with Wake cafeteria workers days later. Educators organized and won $4,000 bonuses in Rockingham County and $3,000 in Asheville along with other concessions.It’s no surprise that school employees are organizing and using their collective power to demand change at the local level. They are fed up, tired of being ignored, and are activated by the inaction of state politicians who are willfully ignoring the growing crisis within our schools.It’s been more than two years since thousands of teachers marched through downtown Raleigh to have their voices heard, but legislators still aren’t listening. Maybe when educators start marching through their hometowns they will finally start to notice.Tamika Walker Kelly is President of the North Carolina Association of Educators and a 14-year veteran teacher of the Cumberland County Schools.

7 Conversations to Have Before Marriage

The Table: Insatiable Appetite for Cooking