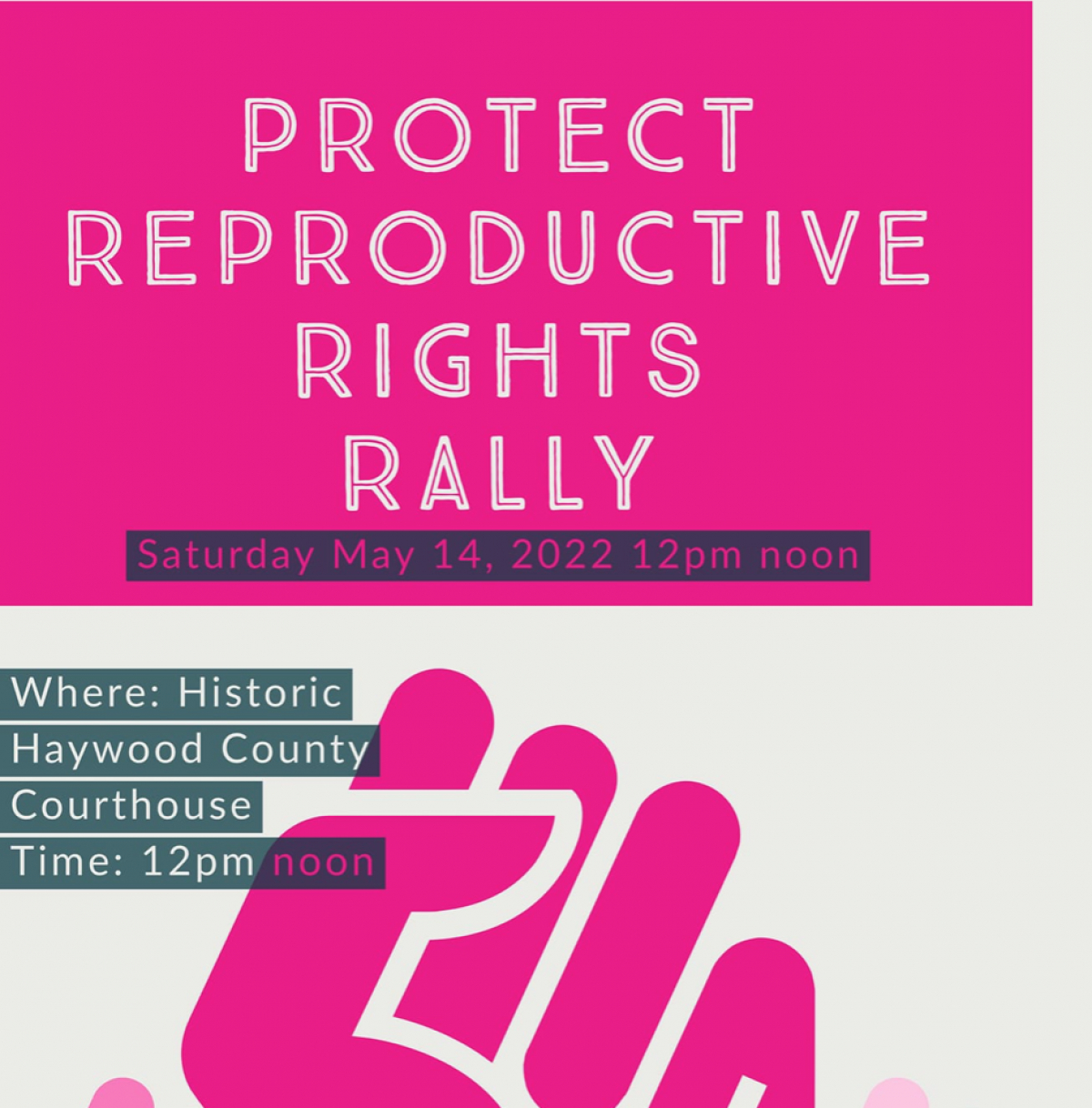 On Saturday, May 14, "We Are WNC" along with concerned citizens of Haywood County will host a rally in Waynesville to stand in solidarity that the right to choose an abortion be protected in the wake of a draft Supreme Court opinion that would overturn Roe. V Wade. The landmark decision from 1973 has given women and others who can become pregnant access to safe, legal abortions.

The Reproductive Rights Rally will be held on the sidewalk in front of the historic Haywood County Courthouse on Main Street from noon to 2 p.m. on Saturday, May 14. Guest speakers will begin at 12:30 p.m.

“An abortion is a medical procedure that ends a pregnancy. It is a basic healthcare need for millions of women, girls and others who can become pregnant," said Heather Hyatt-Packer, event organizer. "Regardless of whether abortion is legal or not, people still require and regularly access abortion services. But when governments restrict access to abortions, people are compelled to resort to clandestine, unsafe abortions, particularly those who cannot afford to travel or seek private care. Preventing women and girls from accessing an abortion does not mean they stop needing one. That’s why attempts to ban or restrict abortions do nothing to reduce the number of abortions, it only forces people to seek out unsafe abortions."

Participants are asked to show up at the rally at noon on Saturday and wear black. Signs are encouraged for the peaceful protest.

Expert Tips From One Career Woman To Another

Staycation Ideas For The Summer Season

The Table: We're Here For The Food

Remove the stigma, own your story