When will enough be enough? 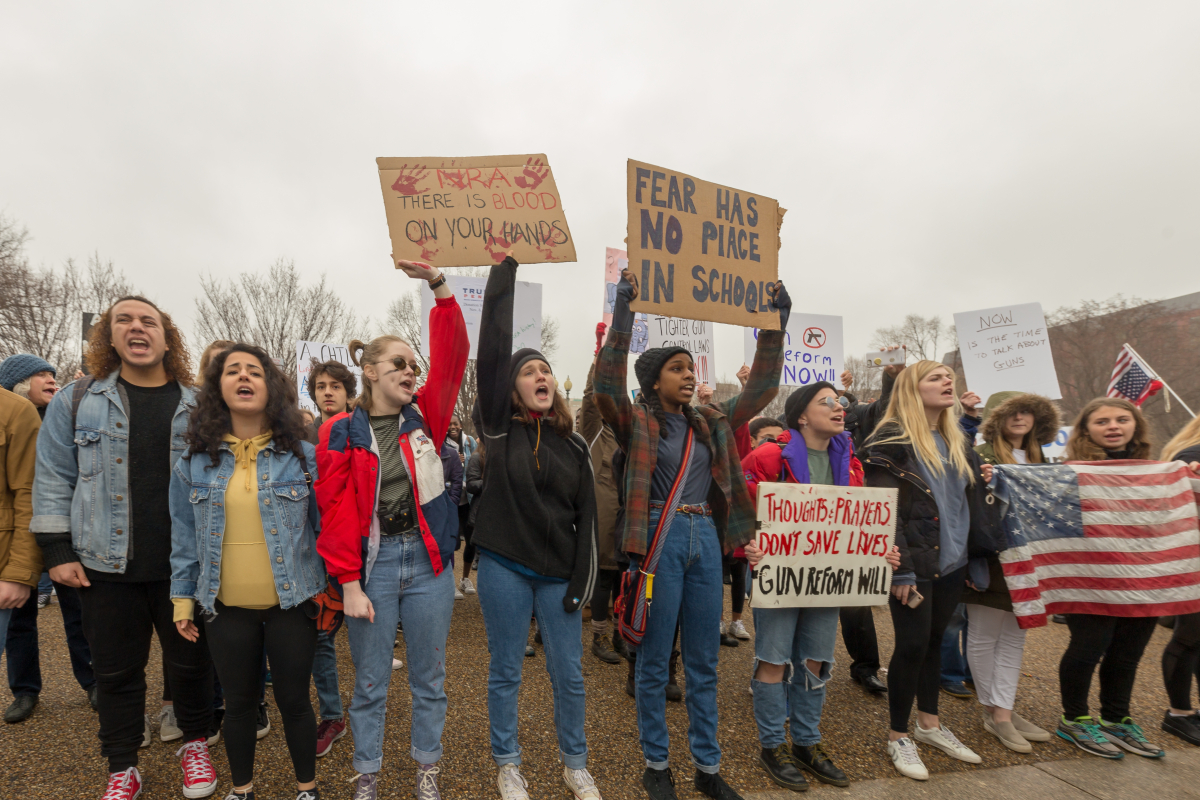 Last week, prior to the horrific schoolroom massacre at Robb Elementary, a friend told me he had to get a criminal background check to acquire a single-use alcohol permit for a race we’re facilitating. The race is a fundrasier for a local non-profit that supports victims of domestic abuse, elder abuse and sex trafficking. Several local breweries are offering post-race beers so our committee needed to obtain an alcohol permit.

As he explained the process, it seemed like a lot of hoops to jump to simply get an alcohol permit. As he spoke, my overactive brain went down a rabbit hole of wondering if getting a single-use alcohol permit was more laborious than purchasing a firearm.

To obtain a single-use alcohol permit for an event in North Carolina, one must navigate a lengthy protocol which requires a notarized background check, submission of an abundance of paperwork to the police department, a fee ranging from $60 to $2,750 and a waiting period of 60-90 days.

I then looked up the process for purchasing a firearm. I’ve never purchased a firearm, so I honestly didn’t know. In almost every state, one can purchase a firearm if they are 18-years old, have a state-issued ID and obtain an instant background check via computer database; however, background checks are only conducted when purchased from a federally-licensed gun dealer. They are not required when purchasing through unlicensed dealers, gun shows or from person to person.

I found it bizarre that the process to obtain a single-use alcohol permit is more cumbersome than buying a gun, and it requires the involvement of a local police department and a waiting period of up to three months.

A week later, the world received the news that yet another school shooting had occurred. Like most people, my heart was shattered as we learned of the deaths of 19 children and two teachers.  These are our children, America’s children. As a society, can we not do better than this? Are guns really so important that we’re willing to have young children slaughtered?

As I watched and read the horrible coverage about Robb Elementary, I took note of the word "shooting." When reporters referred to similar situations, they used terms like school shooting, nightclub shooting, grocery store shooting, etc. It made me curious why we are using the word “shooting" instead of "killing" or  "massacre" or "murder."

I looked up "shooting" in the dictionary, and the definition is, “The action or practice of shooting with a gun.”

In contrast, the definition of massacre is “An indiscriminate and brutal slaughter of people.” The definition of murder is “The unlawful premeditated killing of one human being by another.”

With this knowledge, why then are we not describing these incidents correctly? They are school massacres, movie theater murders, and church killings.

Words are powerful and by using the mundane, watered-down word “shooting,” our brains interpret the information more calmly. We should not want our brains to process these incidents as casual events, like it’s happening on a cinema screen or as if it’s removed from our reality. In truth, it could happen to any community or town in America.

As I scrolled through social media the following day, I saw comments from both sides of the aisle, mostly from the side of outrage, shock and a cry for something to be done, but there were a also comments saying it wasn’t “the gun’s fault,” that is was actually “the fault of the human heart.” If they don’t have a gun, they’ll find another weapon because evil prevails.

Again, I took to research to help dispute these vague, unvalidated comments.

According to a 2019 study, out of the estimated 250,227 gun-related deaths worldwide, 65.9% occurred in just six countries (in order of highest to lowest): Brazil, United States, Venezuela, Mexico, India and Colombia.

In contrast to the U.S. and Latin America, gun deaths are extremely rare in places such as Japan, the United Kingdom, Norway and Australia. These developed countries (similar to the U.S. in most ways) have implemented incentives or passed legislation to decrease the number of firearms in circulation. For example, in July 2021, Australia implemented a permanent gun amnesty program, in which unregistered firearms could be anonymously surrendered at police stations.

Japan boasts a population of over 127 million people, yet finished 2019 with a gun death rate of only .02 per 100,000 people. A major contributor to this accomplishment is that Japan has some of the strictest gun laws in the world. For Japanese citizens to purchase a gun, they must attend a day-long class, pass a written exam and complete a shooting range test, scoring at least 95% accuracy. Candidates will also receive a mental health evaluation, performed at a hospital, and will have a comprehensive background check done by the government. The class and exam must be retaken every three years.

For gun advocates in America, if the Second Amendment must prevail, why can we not have amnesty programs or stricter laws like other developed nations? Honestly, I’m curious.

These millions of global citizens are also human, no? Do they have a different type of homosapien heart than us Americans? I’m certain they do not. Do they have a different type of evil infiltrating their psyches? Nope. When you don’t have the option to kill people with a gun or when it’s challenging to garner a personal arsenal, you turn to other methods of healing and problem solving.

High-powered weapons should be a non-option for anyone other than military and law enforcement, and even then, it’s debatable. The majority of police officers in the UK go about their duties with mace, handcuffs and batons. Of course, this is easier when civilians also do not have guns. It’s interesting that the people from which we were born (English) and the people who we consumed (Native Amerians) neither needed or wanted guns; yet, we act as if we cannot surivive without them.

Further, did you know that firearms became the leading cause of death for American children and teenagers in 2020, according to researchers who analyzed Centers for Disease Control and Prevention (CDC) data? For 60 years, car accidents were the leading cause. Car accidents are now number two behind gun deaths.

I can take a relatively moderate stance on a number of political issues or at least understand the other side's perspective, but when it comes to gun control, you will not be able to argue with me, especially when there are comparable countries doing the right thing and enjoying the peaceful fruits of their intelligent choices.

When will enough be enough? When we'll we use our brains and wisdom instead of ammunition?

If you are a gun advocate, I’ll leave you with this one question. What if your child had been in that classroom on Tuesday? Would you feel differently? If not, that’s another matter altogether.

To advocate for a safer America, visit Moms Demand Action.

'Tis the Season of Seasonal Beers

No Rules to Journaling

Women's Retreat About Much More Than Yoga

Marina Taught Me How to Feel, Now Other Music Has No Appeal