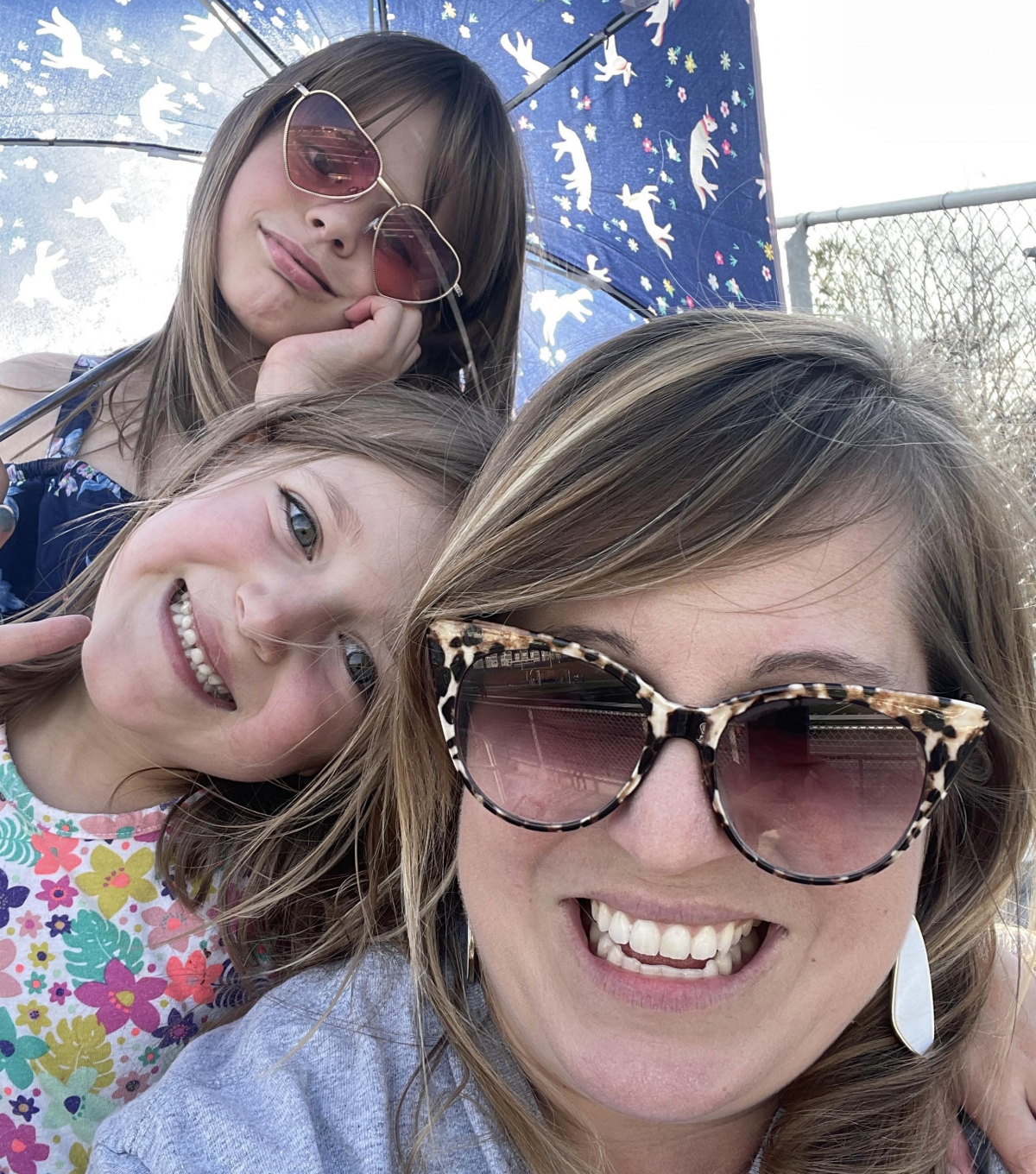 I’m a private person when it comes to writing publicly about my life, but I feel compelled to share my story as it could have turned out tragically if set in a neighboring state present-day.

I’ve had two miscarriages. One was at 11 weeks in utero while my daughter Addie was four-years old. I was heartbroken. I dreamed of the sister Addie would one day have, and when the doctor shut the monitor and said, “The baby didn’t form,” I couldn’t breathe.

The second happened at 10 weeks in utero when Addie was six and Emmy was two. My heart broke even further. I wanted my daughters to have a little brother to be named after my husband’s father— Jesse was  the name we picked out. The pain hurt just as bad and the grief lasted longer.

During both miscarriages, my OBGYNs gave me a drug called misoprostal. For my first miscarriage, it took about six hours, and the first fetal tissue came out. It was Thanksgiving season, and while my Addie was watching Charlie Brown and eating Lucky Charms, I was expelling tissue the size of a golf ball into the toilet.

I was a wreck for many, many months.

Suppose misoprostal didn’t expel the tissue? With the second miscarriage this happened, and I had to take a second round, in which the tissue expelled while I was sobbing into my pillow watching ID channel. Man’s evil was soothing my pain.

If the tissue didn’t come out, I was going to have to get a dilation and curettage (D&C) procedure. A D&C is when the physician knocks you out, spreads your legs, and scrapes all your uterus with a spoon-shaped instrument to get the tissue out. It is extremely painful and invasive. I’ve known many women who’ve had this procedure done due to miscarriage. One of my friends had this procedure when she miscarried twins. It was heartbreaking and the grief ended her marriage.

Both misoprostal and D&Cs will be outlawed in states that do not allow abortion as healthcare. Even for women like me who have had miscarriage(s) and wanted additional children.

What’s the harm in keeping dead tissue in your body? It rots. Imagine you have a piece of glass in your foot. Sometimes it pushes out, while other times it gets infected. This is why women like me are hysterical over men dictating female health care.

Women will die. It’s not hyperbole.

You may be thinking, “But, you live in NC where these procedures are safe”— for now.  Yes, Gov. Cooper has allowed women to make their own decisions about their bodies, but what about when his term runs out? What about our next elected leader?

Now you’re probably thinking, “Just drive to another state. You can do that, right?” Thank you for pointing out my privilege. I may have the means to do that, but what about an 18-year-old first-year college student who is penniless? You men realize Plan B is over $50 at CVS, right? Some women can’t afford this. And a trip across state lines requires gas and time out of work.

Think about the distances women of Western North Carolina travel. Privilege allows access to contraceptives. It also determines who can commute to beacons of safety like Planned Parenthood.

Do you see how this doesn’t add up?

Help me understand why white males are the most common demographic enraged about abortion as healthcare? It’s because of power and control.

I work with teenagers. Most of them are having sex. I’m sorry if this upsets you.

I respect your beliefs. I get that many religious folks believe abortion is murder. So then, why don’t you educate your parishioners and preach from the pulpit? Mary wasn’t even given a respectable room to birth her child in. Did the religious people of that time care for her and her newborn?

Keep these deeply personal discussions within communities of women and out of the government.

Do you remember The Crucible? Every time religion and government unite, people are hunted down and forced to conform OR DIE.

I have one last thing to say.

I know women who have had abortions.

You all do, whether you know it or not. Every woman I’ve known who has had an abortion has  lacked financial and/or parental support for a baby and/or she has been in an abusive relationship and knew the baby would not be born into a home of love. Not a single friend has been flighty in weighing these solemn decisions.

It’s their choice. Not mine.

Why aren’t policy leaders talking about neutering men? Because eugenics is evil. And men—who are in the most positions of government leadership— don’t want their bodies being controlled.

Thank you for hearing my words with patience and care.

I am a teacher, so I can confidently say I believe these distressing times will get better and that the future is bright. I do believe this generation coming up is so smart, so empathetic, so united by technology, and so prepared to vote.

Soul of Place: Images Inspired by the Places We Love

Getting Naked for a Good Cause

Let a Little Light In — Q&A With Libby Rodenbough